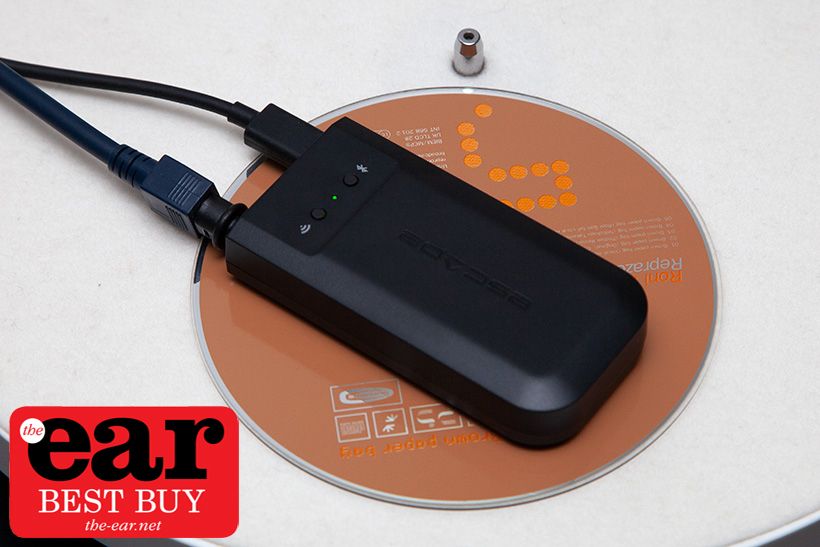 What is it though? That was my response to the press release for this compact and inexpensive device. It’s described as a source of hi-res multi-room streaming and is the size of a Nokia from 20 years ago or a box of 10 cigarettes perhaps, not big anyway and largely devoid of connections and displays. There are a few however, and the connections help reveal that this is a wireless streamer, it has a micro USB for power and a 3.5mm socket for analogue or optical digital output with a light on top to indicate status.

Escape specialise in portable speakers of the Bluetooth and wireless variety, these are quite attractive and relatively upmarket, probably as good as such devices get but don’t quote me on that. It turns out that the M1 Air can be incorporated into the Escape P9 portable in order to brings wireless streaming to that model, it’s an upgrade that sits in a compartment within that speaker. 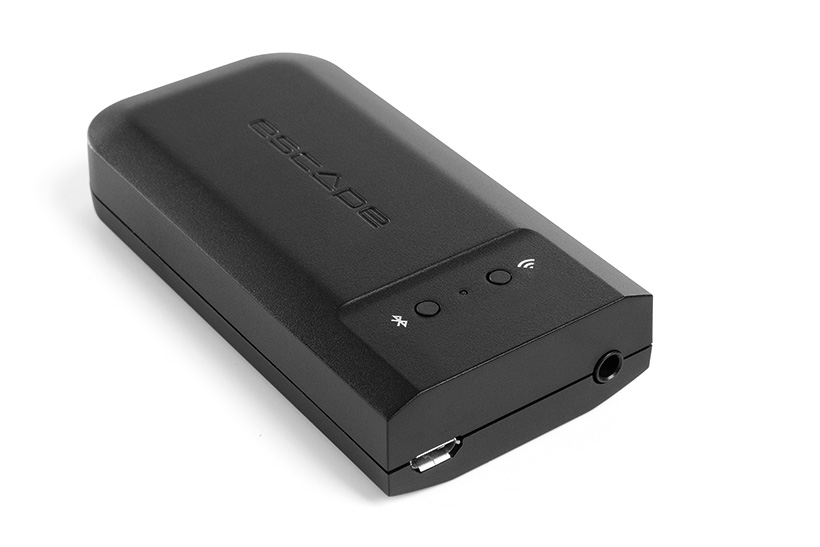 So why bother trying it out in a decent system, well because after the distributor had suggested it two independent enthusiasts who had no commercial interest in the product said it was pretty good. It shouldn’t be, it only operates wirelessly which rarely equates to good sound quality, and it’s too cheap and lightweight to have a decent DAC onboard. But that light weight is because it’s in a plastic box and as we are learning boxes that aren’t made of metal tend to sound better (see Ansuz, DNM, Tom Evans etc). And the fact that it has a digital output means that there is potential for better sound with an external DAC, the optical nature of that output doesn’t inspire excitement because this connection has generally been less impressive than coaxial or USB connections. However the benefit here is that the M1 Air is galvanically isolated from the system, something that optical connections provide by their very nature.

The power supply that comes in the box is naturally a switched mode type that will inject noise into your mains but as it’s detachable this element can easily be upgraded. To be honest the supply in the box does a good job, it may not be state of the art but what do you expect for the price of a 5V linear supply on its own.

The M1 Air can be set up with Google Home and controlled with Roon but I got the best results with the mConnect app, this found the streamer with ease and let me play from Qobuz, Tidal and my own music collection. It’s capable of receiving Bluetooth, Airplay 2 and Chromecast and has a built in volume control that came up on mConnect. Escape’s own Remote app is quite nice but it doesn’t appear to be able to access a local library, it does provide access to a wide range of streaming services and two internet radio networks: Airable and Tunein. The specs suggest that the M1 Air supports DSD but I wasn’t able to play this with mConnect or Roon. 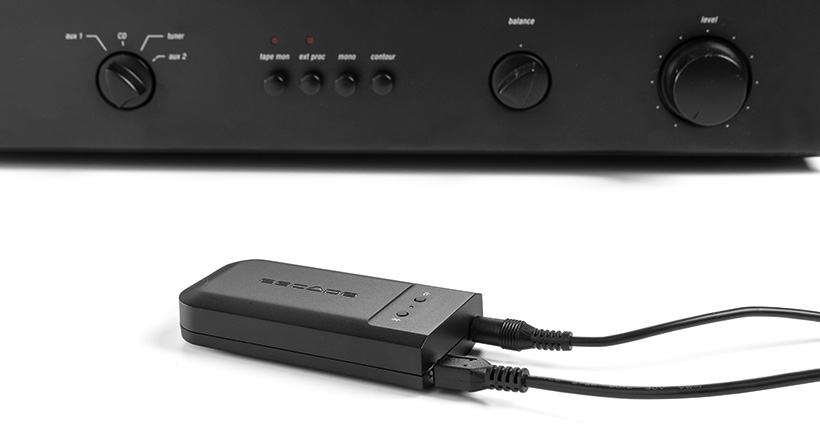 The Escape Remote lists a wide range of sources including Youtube music and Apple Music which essentially cast to the M1 Air from native apps, this gives it a much broader scope than conventional audio streamers. Add to this the multiroom capability and you can see that this small package has a lot of potential.

Sound quality
What I prefer to play is good old regular PCM files and they sounded very entertaining through this remarkably inexpensive device. Initially it was connected to the Marantz SACD 30n streaming DAC/CD player via an ancient Audioquest optical cable using the 3.5mm to Toslink adapter that Escape provides in the box. The result was some of the most engaging and well timed music I have heard through an optical digital connection possibly ever. This is partly because optical generally sounds slow and dull but the balance here is very even and, critically, the sense of timing is remarkably strong.

The drums on an Alfa Mist track had real snap and the keyboard floated above them with sparkling ease, this tune like many others proved very engaging and the intention of listening to a couple of minutes before jumping to the next test track was abandoned until the piece had run its course. The clarity of spoken word in this tune was excellent too which reflects the slight upper mid emphasis in the M1 Air’s balance, it’s not entirely neutral but this didn’t get in the way of the music with a range of material played over many hours. The M1 Air is good at spaciousness too, producing a large enveloping sound with modern releases that have plenty of reverb on them. Older recordings worked well too, Jeff Beck’s She’s a Woman was also a winner, the tone of his guitar coming through in powerful form. 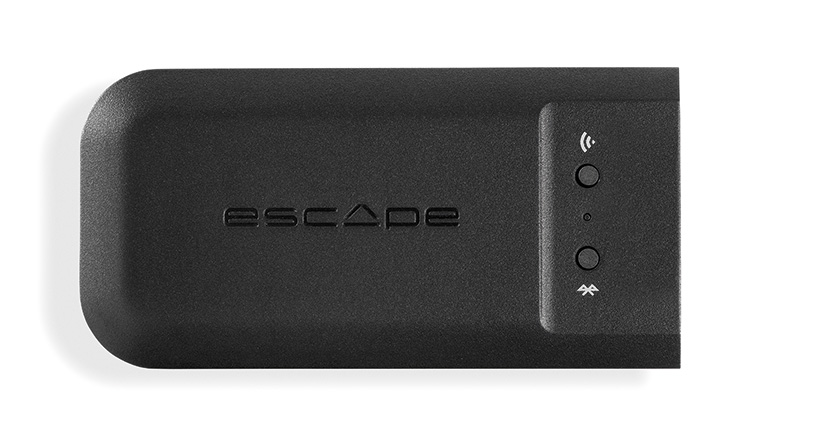 The M1 Air is remarkably good at detail for the money, bringing out depth of image as well as shows depth of emotion, the tonal balance giving a good sense of transparency with plenty of air around cymbals, not to mention deep, tight bass. Using the analogue output is not quite as thrilling, the treble lacks refinement by comparison with a good outboard DAC, but the sense of timing remains good. Used this way the M1 Air is serviceable rather than inspiring in the context of a highly revealing system, its lack of finesse would be less obvious with a budget system. I also tried upgrading it with an iFi X Power power supply, this opened up the soundstage quite clearly, allowing the energy in the music to flow whilst also delivering an easier balance. It would be intriguing to try the M1 Air with a linear power supply.

If you are after an inexpensive way to find out what streaming is all about this will give you a good flavour even if it’s not attached to a separate DAC. But the potential is what’s really interesting and that’s far beyond anything I’ve tried in the sub £500 area in recent times. There is some strong competition of course but the fact that Escape have not used much of the budget on fancy casework means that it can offer better electronics than others at this price point. To put it another way they can offer the same tech for less, and, crucially, it sounds good.